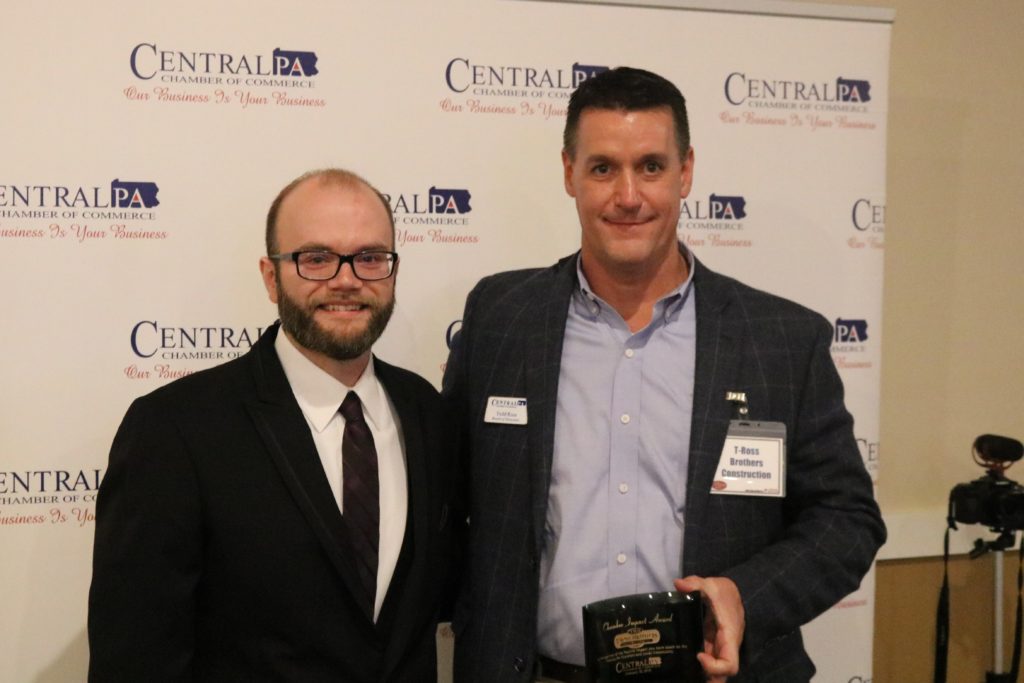 MILTON — T-Ross Brothers Construction is the proud recipient of the Chamber Impact Award from the Central Pennsylvania Chamber of Commerce.  T-Ross Brothers Construction President Todd Ross accepted the award.  The award recognizes a business or organization that has a positive impact on the community.  T-Ross Brothers Construction was recognized for renovating and building “The Smith Room” in honor of the late Bruce T. Smith, Jr., who served as President & CEO of the Central PA Chamber before his death in May of 2017.  “The Smith Room” will be used as a training center at the Chamber of Commerce offices in Milton.  Other recipients of the Chamber Impact Award included Evangelical Community Hospital of Lewisburg and The Graphic Hive of Williamsport.